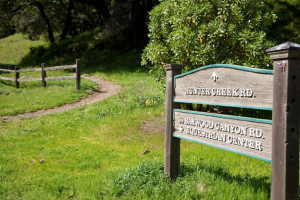 Fairfax, California, in Marin County is as beautiful as it is unique. San Rafael lies five miles to the east and San Francisco 20 miles to the south. The last “big” (although it is pretty small) towns you will run across on your way west on Sir Francis Drake Blvd from Highway 101. Beyond Fairfax is the San Geronimo Valley (and gold course). Fairfax has a reputation for being a refuge for the open minded and progressive. It is eclectic and fun with a lively night life, close proximity to fishing (Kent Lake and associated Tamalpais watershed lakes are within bikind distance) and biking trails, and everything else a lover of the outdoors could desire.

Despite being a relatively small town, Fairfax offers a wide assortment of dining establishments, from Chinese to Italian. Within a 30-mile radius of Fairfax are countless recreational and entertainment opportunities. The city of San Francisco, one of the world’s most popular tourist attractions in itself, offers such draws as the San Francisco Museum of Modern Art, Fisherman’s Wharf and the Haight-Ashbury district made famous by the 60s counterculture movement. Around the Bay Area, visitors and residents alike can find excellent surfing, hiking, camping, boating and opportunities for other outdoor activities. Fairfax residents pride themselves on the alternative lifestyle mood and hippie heritage There is a lively bar and music nightlife scene on Broadway featuring some local talent and lots of Marin-ites. On weekend mornings it is a nexus for bike racers and mountain bikers.

Almost half of Fairfax’s residents work in management or related occupations. The largest industry for males is construction, while the most females are employed in health care. Fairfax is dependent to a significant degree on the economy of the greater San Francisco Bay Area, with many residents commuting to jobs in San Francisco, a major center for finance and commerce. Higher education is also a major employer in the region, as are shipping and transportation.

If you are planning to purchase a home in Marin County, you might consider Fairfax, a quirky little town with lots to do.  From its eclectic downtown to its beautiful surroundings, perfect for biking and hiking, Fairfax has something for everyone.  If you have children, an important factor in your decision making process will be finding an area with schools that will meet the needs of your family and children. The Fairfax community’s commitment to ecology is evident in the fact that the school system in Fairfax includes two Green public schools and one Green private school. Fairfax is one of the more educated communities in America, with a full 48.84% of its adults having a college degree or even advanced degree, compared to a national average across all communities of 14.96%.

Nearly half of Fairfax residents over the age of 25 hold bachelor’s degrees, far higher than the national rate of about 26 percent. There are no institutions of higher learning in Fairfax itself, but Marin County operates two campuses of the College of Marin, a two-year community and vocational school most well-known for its theater program. Other important postsecondary schools in the Bay Area include the University of California at Berkeley, San Francisco State University, the University of San Francisco and Golden Gate University.

Temperature variations between night and day tend to be relatively big during summer with a difference that can reach 31 degrees Fahrenheit, and fairly limited during winter with an average difference of 17 degrees Fahrenheit. The annual average precipitation at Fairfax is 47.47 Inches. Winter months tend to be wetter than summer months. The wettest month of the year is January with an average rainfall of 9.60 Inches.

Residents who commute to San Francisco spend about 30 minutes each way commuting to work. As is often the case in a small town, Fairfax doesn’t have a public transportation system that people use for their commute.  Most people in Fairfax travel in their own vehicles. Telecommuters are a relatively large percentage of the workforce: 8.21% of people work from home. Residents of Fairfax work primarily in sales jobs (16.69%), management occupations (13.00%), and office and administrative support jobs (11.28%).